the easiest way to stop repeating that pattern is…

Make a new one.

Breaking patterns is hard but forming new ones makes it easy.

See I recently had surgery and because of the medicine they had me on I stopped drinking coffee every morning.

Eliminating coffee would have probably been much more difficult had I not decided to replace it with something new.
So I chose warm lemon water.

So I was not only hydrated…

But I wasn’t even focused on the coffee when I had three other drinks staring me in the face.
And I didn’t miss it because it would have added to the jitters the medicine was giving me.

So I focused on how good I felt not being jittery drinking my green tea.

And my orange juice.
And well…you get the point.

This is also how your mind works.

It replays an old story until you create a new one.

But sometimes the old one is so ingrained in there that creating a new one seems..
…impossible.

But you can’t just wipe out the old without having a new one prepared.
You need to create a new script to replace the old script programmed in your brain.

You can’t just toss out the old script and hope a new one appears.
Not when you’re dealing with your mind.

Because the mind is so powerful it’s going to sit on replay until you consciously choose to change the channel.

And don’t just hit “seek”.
Because it’ll go right back to the same channel.
You need to choose.

You hold the power. 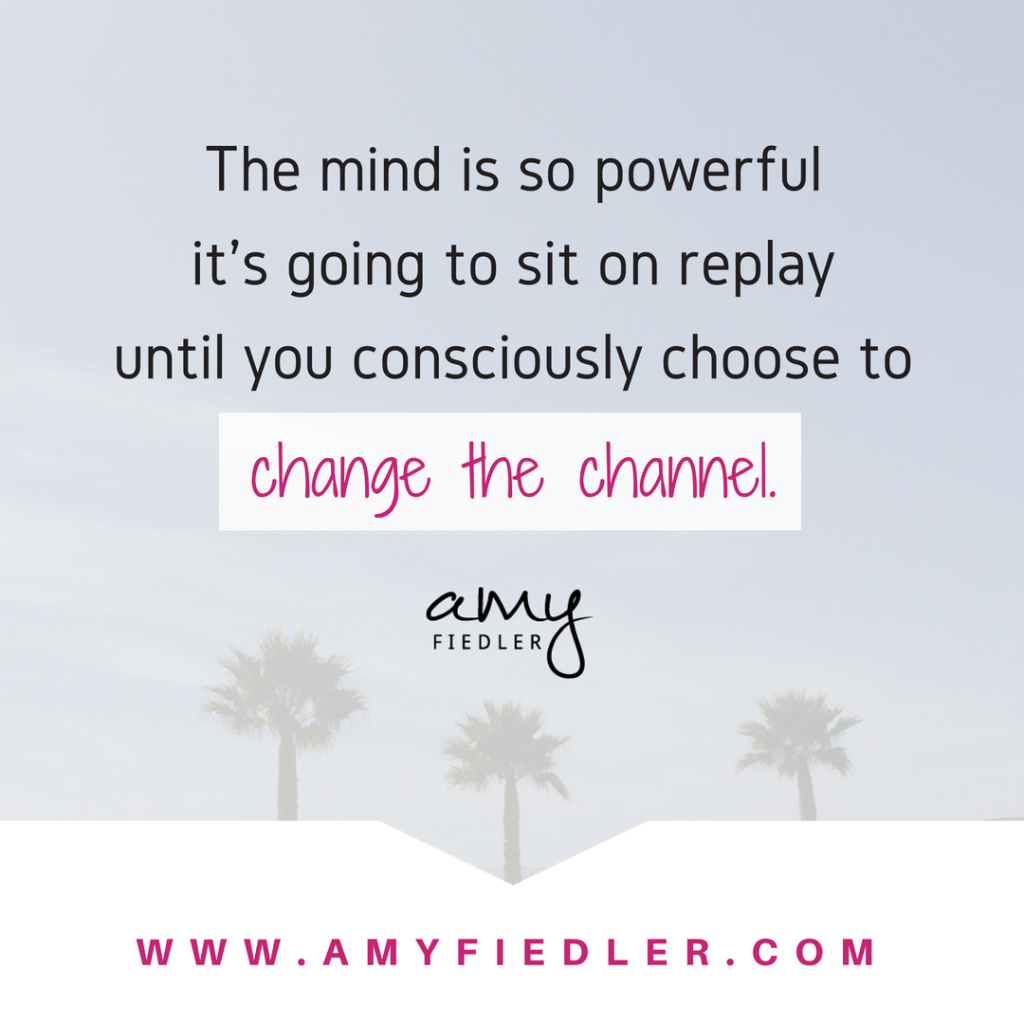 Pick the new channel. Write the new script.
Prepare it while examining the old one.

Meaning:
Listen to the old one and see what you don’t like.

Figure out what doesn’t feel good.
Does something in there make you jittery?

If it does…find something new to replace it.
Something pure. Something that feels good.

Like green tea.
Or orange juice.
Or lemon water.

And then letting go of that old script is easy…
Because you’re so excited about the new one that the old one has no grip on you anymore.

This is how you stop repeating your patterns.

This is how you rewrite the story of your life.

Have you tried changing your inner dialogue and it just doesn’t seem to stick? I’d love to see if my approach to guidance and coaching will serve your needs and transform your life for good, so head on over and fill out an application to apply for a spiritual mentorship with me and I’ll be in touch shortly!